A consert to remember!

Pär Lindh along with  superb soloist Verity Gunning and his PLO orchestra performed neobarocque composed by Pär Lindh (no covers!) at Stockholm during the Stockholm Early Music Festival june 2015.
Thunderous applause for this neobaroque consert, encores and just fantastic responce from audience! But where was the mainpress and media? Is modern quality classical music of no interest of the old tired mainstream media any longer? However the new and fastest groving newspaper in sweden Nya Tider (New Times) was there and wrote an two page very positive article about this unique event.

In october 2014 ¨Three Christmas Concertos¨ was released. This CD includes Lindhs new concerto in baroque style ¨Then Svenska Julkonserten¨ as a first ever on a new record label Nordverk Classical Masterworks!

”Three Christmas Concertos” is characterized by variety and very high quality. The time just flies by while listening to this christmas album. For those who hold classical music as generally boring and tiring, can by listening to Pär Lindh be pleasantly surpriced that this need not allways be the case.¨
Hocked on Music Germany

¨At no moment in this work by Mr Lindh does the music pale in comparision with old masters like Bach or Mozart. Mr. Pär Lindh has found the key of how to integrade the grand classical tradition of the past into modern classical music!¨
Music Wawes Media

¨The orchestra, the mood, the tone, the beauty of Christmas has lovingly been captured for all now to hear. Pär Lindh has been lauded as `the Mozart of our time,´ or `the Vivaldi of Sweden,´ but the one that is most likely to stick with you after listening to this incredible, highly-impressive new holliday recording, is that Pär Lindh´s concerto is ¨A Swedish masterpiece without equal.¨
Exclusive Magazine USA

¨To my very small selection of enjoyable christmas recordings I now place this CD by Pär Lindh with refreshingly vital versions of concertos by Lindh, Corelli & Manfredini. Best track of the album: Then Svenska Julkonserten.
Uppsala Nya TidningSweden

Quite a few music lovers enjoy Antonio Vivaldis cycle ”The Four Seasons” for a great start to a new day at work. The fresh cheerfulness seems contagious … If you appreciate this, Pär Lindh gives you exactly this with his new album ”Three Christmas Concertos” . This lovely release is the perfect accompaniment for a Christmas dinner at home with your family.
Germany

¨The four-movement classical work by Pär Lindh, has a keen sense of drama, suspense and atmosphere.
The implementation of the pieces by Arcangelo Corelli and Francesco Manfredini could have been no more than
a duty task. But here everything is right. Christmas is now welcome to come upon us.¨
Arne Kupetz Germany

In consert the press were just overwhelming about Lindh´s concerto:

¨A swedish masterpiece without equal¨

¨The music was filled with pure magic, beautiful harmony and of such beauty that Pär Lindh should be called the greatest composer of Sweden. He surpasses the world-famous composer Arvo Pärt by far¨

¨Lindhs tonal language goes directly to the heart. Like the music of the great Jean Sibelius¨

¨this unique piece is really a musical gem. Nothing like it has ever been written in Sweden before.¨

¨Pär Lindh is the Mozart of our time¨

¨The Vivaldi of Sweden¨.

¨When the swedish people are given the possibility to hear this music it will become a natural part of the swedish musical heritage and be known, loved and respected by future generations.¨

During the past decades Pär Lindh has toured as classical musician in Europe and the Americas where he has given hundreds of soloconcerts as Harpsichordist, Concertpianist and Organist.

He has toured extensively in the Americas in Brazil, Argentina, Mexico and in the USA on over a dozen occations both as classical soloist as well as the leader of his music ensemble The Pär Lindh Project. Concert tours in Europe includes countries like Germany, Italy, France, England, Portugal, Belgium and Scandinavia.

For booking concerts on the harpsichord, grand piano or concert organ
please inquire for concertrepertoires, concert fees and other conditions
Please contact: info@crimsonic.com

Masterclasses on J.S. Bach – His music played and seen from the perspective of his own time. There is still a lot to learn about how to play Bach and free us from the later traditions and missunderstandings of how to approach the music of the great master
Please contact: info@crimsonic.com 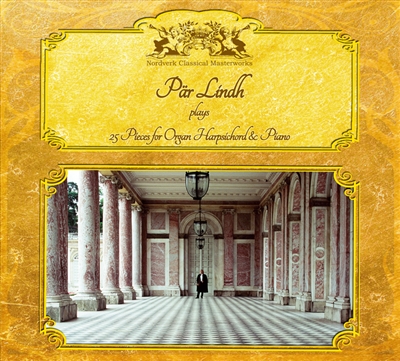 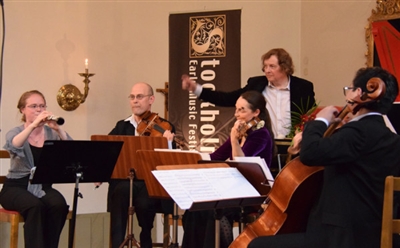 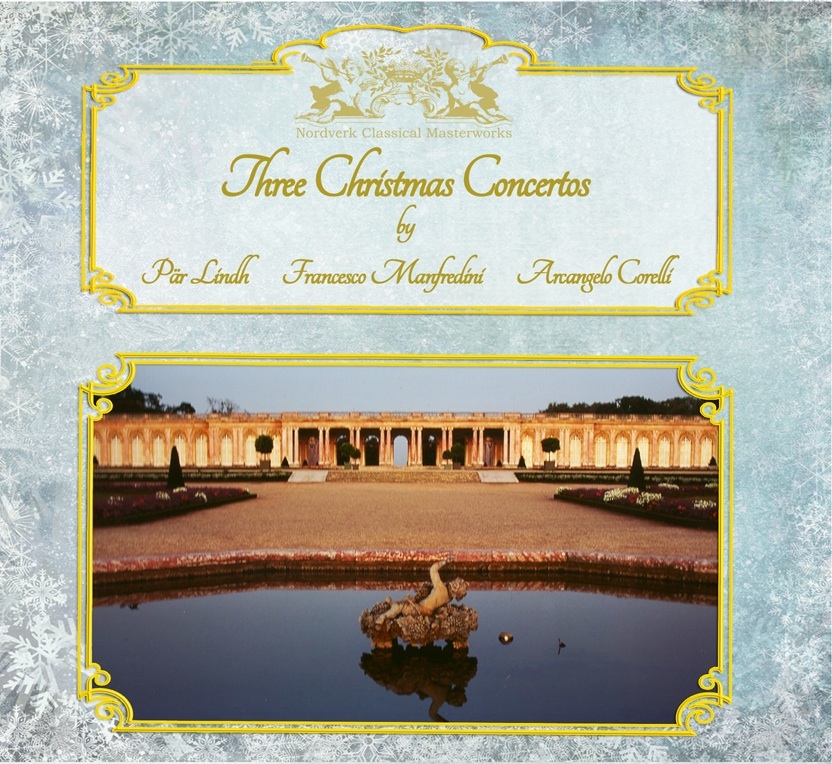 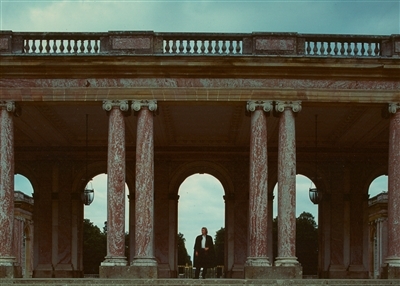 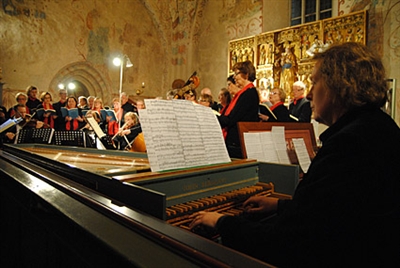 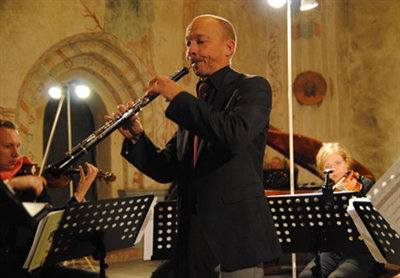 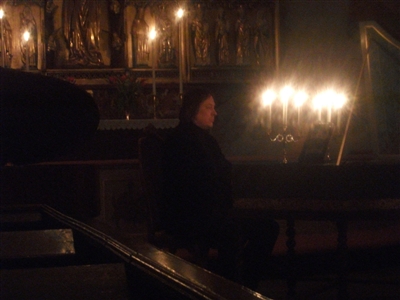 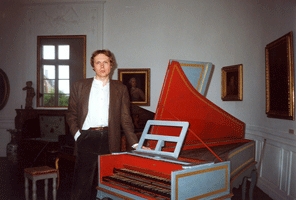 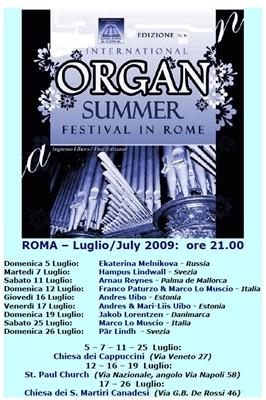 Pär Lindh began playing the piano at the age of five but serious lessons on the piano and churchorgan began at the age of nine. By the age of sixteen he had already studied for many prominent teachers in sweden and were giving recitals on organ, harpsichord and piano as well as working parttime as organist in several churches.
At the age of eightteen he was invited to become the youngest ever member of the Royal Swedish Chamber orchestra a position he held for four years performing over a hundered conserts in the royal palace in Stockholm as well as doing tours in europe.
Pär was invited to study at Schola Cantorum in Paris and in 1980 he moved to Paris to study the highest levels of the school where he also took a soloist diploma. Having recieved two years in succession the french gouverment´s cultural grant for exceptionell talent Pär decided to stay on in france pursuing a carréer as baroque musician mostly performing conserts on the harpsichord but also as organist and pianist.

All in all Pär has over the years studied for some thirty prominent keyboard teachers of which half was of international fame like Marie-Claire Alain, Kenneth Gilbert, Luciano Sgrizzi, Huguette Dreyfus, Ton Koopman (masterclass), Inger Grudin-Brandt and Ani Gazarian who was a pupill of the great Alfred Cortot (Cortot studied for Émile Decombes who was a student of Frédéric Chopin). Pär was also the last person to take lessons for the great Ruggerio Gerlin who had been Wanda Landowska´s foremost pupil. Thus of all keyboard players of our time and age few if anyone can claim to have quite the same extraordinary knowledge and profound insights of keyboard playing as does Mr Lindh.
Says Pär: ¨I went from teacher to teacher to pic up all the knowledge I possibly could because I really wanted to learn everything there was to know about the art of playing the harpsichord, the organ and the piano.¨

From the late seventies to the early nineties Pär performed classical conserts in France, USA, Germany, Italy, Sweden, England and Estonia. He loved to play the harpsichord in french chateaux and was invited to do so on many occations. He was also asked to play as soloist for many prominent people like the Michelin family at their Paris residens. In 1984 Pär was asked on short notice to play for the two president´s Ronald Regan and Francois Mitterand at an Elysée palace dinner as replacement for William Christi who had mysteriously dissapeared. However shortly before the event Mr Christi reapeared so Pär could quitly take the day off and put the whole affair on the missed opportunity list.
In 1988 Pär performed a string of successful conserts in the USA as Sweden was celebrating it´s 350 year arrival of the first swedish ship, Kalmar nyckel, to arrive in the US. (well the vikings were there some 600 years earlier!). The Swedish King and Queen were present as were many other swedish celebrities.

In the early nineties Pär decided to change musical direction and pursue and old dream of integrating the classical musical formats into a more modern genre namely that of progressive rock or artrock.

After a 15 year successful run with his legendary ensemble The Pär Lindh Project (PLP in short) where he toured and headlined festival after festival in both north and south america year after year as well as doing european tours. Pär has now returned once again to a classical carréer.

Read what a French critic wrote after one of Pär´s concerts where he played on the famous Couchet-Taskin harpsichord from 1778.

¨What is so seducing about this young Swedes playing is the constant clarity of his phrasing, a way of
phrasing so well adapted to the feel of each piece he plays. He has found the ideal tempos for the Partita in a-minor by Bach and plays with a certain restrain and feeling of introspection which increases the emotion.
His version of the Pavanne by Louis Couperin was remarcably rendered with the utmost finesse in the noble cadencas and with French elegance.
Then a formidable version of Händels suite in g-minor. There again Lindh found the vigour, l´esprit,
sensuallity which characterizes the works of the composer of ¨Messiah¨. Qualities which Lindh in
a superior way gave the audience many examples of.
And it was with five sonatas by Domenico Scarlatti that Monsieur Pär Lindh ended this excellent concert.
Once again, Pär Lindh showed astounding technique, mastery and refinement, chiseling out in the manner
of a goldsmith each of these harmonically and rythmically rich pieces.
A fine artist, authentic and inspired.¨
Georges LEPRINCE
Republique Du Centre FRANCE

¨An outstanding harpsichordist ! I haven´t heard anything like him since I heard Wanda Landowska play in concert.¨
Marc Stanley Manager USA

Pär Lindh, stole the equipment show by sitting in on the house concert organ. His sound added a new degree of boneshaking meaning to the phrase ¨Pedal Tones¨.
KEYBOARD MAGAZINE USA

Pär Lindh played as if he was both trying to reweal the special qualities from the piano that would motivate one to play on an instrument that didn´t exist during Bachs time andalso with a delicate touch which gave the right clarity to the music. Not unlike Glenn Gould acctually.
Uppsala Nya Tidning SWEDEN

Thank you for the beautiful concert at the Swedish Club in Paris which really was a feast.
Gustav von Platen former chiefeditor of Svenska Dagbladet SWEDEN

Pär Lindh is the Scandinavian king of the keyboards.
IO pages HOLLAND

The greatest composer & artist to emerge in the nineties!
Metamusica BRAZIL 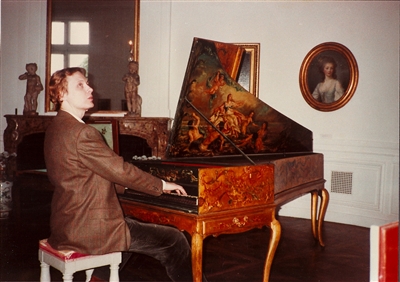 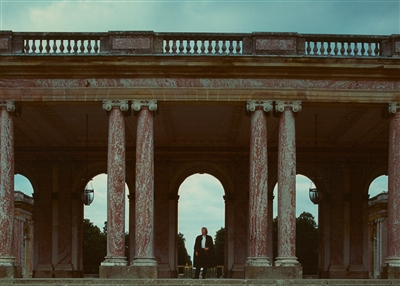