DEEDS OF THE PAST

Heroic deeds of the past and a Nobel Prize of Literature 1984 !

In the early eighties Pär Lindh did a lot of work to help bring freedom to the people living under communist opression in eastern Europe and the former soviet union.
Pär did work for Amnesty International but mostly for ¨the Swedish East European Solidarity Commity¨ to promote free elections and general freedom to the oppressed peoples of east Europe and the soviet union.

At this time Pär was the vice president of the Swedish East European Solidarity Commity and in charge of some of the secret operations to help the democratic opposition in these countries.

From Paris Pär led operations for a number of years together with the grand old man of Chech opposition in exile Mr. Pavel Tigrid.
Pär also did a string of dangerous smuggle operations across the iron curtain to help the dissidents. Among which were the former President of the Chech Republic Vlaclav Havel who was then the leader of Charta 77 and a fan of and later to become good friend with Frank Zappa
(there you go progressive rocklovers ! ).

1981 secreately shot films showing the crushing of the Solidarity movement in Poland was smuggled in ruggsacks by people walking across the border forests over the Tartra mountains between Poland and Chechoslovakia.
Pär picked up some of these films at a secret rendevous outside Prag and drove them safely to the west in his for this purpose especially customised American car.

These films were then showed on all major news networks around the world and helped make people aware of the brutality of the communist regimes and of their oppression of their peoples.

Helped Jaroslav Seiferts to get the Nobel Prize in Litterature 1984 !

(to the right: photograph of Nobel prize winner Jaroslav Seiferts)
¨for his poetry which endowed with freshness, sensuality and rich inventivness provides a liberating image of the indomitable spirit and versatility of man¨ Nobel Price Committy 1984

One of the proudest achievements for Pär was to smuggle out the complete original manuscripts of great Chech writer Jaroslav Seiferts. Some of these manuscripts dated as far back as 1948 and had for most part never been published since the socialist regime considered them ¨criminal¨!
Only a few of them had by that time been published in the west.

Two years after Pär had liberated these manuscipts and Seiferts complete oevre could be fully evaluated he was awarded the Nobel Prize of Litterature in 1984 !
If it had not been for Pärs successful operation to smuggle the manuscripts safely out to the west the Chech people perhaps wouldn´t have a Nobel Prize winner to be proud of today.
Jaroslav Seiferts died in January 1986 only just over one year after having recieved the award .

Says Pär: I remember pushing these precious manuscripts into the hidden spaces in my car
(for example one part of the petrol tank had been transformed for this purpose) and the people of Charta 77 was throwing up their hands in horror ¨we have been guarding these originals with our lifes for 30 years and now they are beeing brutally pressed inte a hole in a petrol tank !!! but there was no other way as police cars were circulating around the area and we were expecting to get arrested any minute !

The one that never got caught

Of the handful of Swedish heroes doing the dangerous work to help our brothers on the other side of the iron curtain all of them got caught sooner or later by the secret police of the Easten block and sometime had to endure very nasty treatment and several month in communist prisons.

Due to luck perhaps, but also to the fact that we took a lot of care manufacturing (thank you Björn) the hidden compartments in the Rambler Hornet sportabout car. A very rare car in Europe so the KGB and the likes just didn´t know where to look !
Pär also took a lot of care with changing his passports for each trip,maintaining the utmost secrecy, changin the dates and travelplans constantly etc.

The saddest was when Pär had to say no to a young girl who had fled to the west and her boyfriend had failed to do so and got caught behind the iron curtain.
Says Pär: ¨ She wanted me to bring a letter of love to him but I had to refuse although she was standing before me crying.
I just could not take the risk of her having been forced to plant something on me which could be used to give me a longtime prison sentence in a communist prison. Where ever you are today I´m sorry¨

Anyway we are happy to say that Pär was the one they used to call
¨the one which never got caught¨.

Why the Soviet union and the eastern block?

In our neighbor (of Sweden) baltic countries Estonia, Lattvia and Lithuania some 12% of their populations had been murdered by the Bolshevik/Communist/socialist regime before, during and after the second world war.
In Sweden our socialdemokratic goverment with support of the communist party had been betraying our brother peoples across the baltic sea for decades. Doing and saying nothing!
This is a VERY shameful part of the Swedish history!
Appartently to our gouverment, good relations with the soviet regime was more important than standing by and defending the peoples of our neighboring countries.

Also in the Soviet union and eastern Europe some 55 000 000 people had been murdered in communist concentration camps, massdeportations, gouverment planned masstarvations of entire peoples ( total of 13 million in Ukraina alone with 6 millions under Lenin and another 7 millions under Stalin) and in general masskillings all over the Soviet union between 1918 and 1989.

35 millions were murdered before the second world and another 20 millions after. 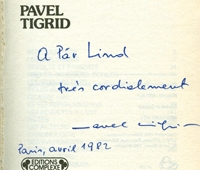 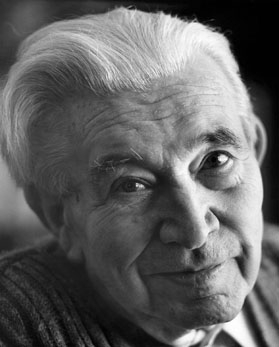 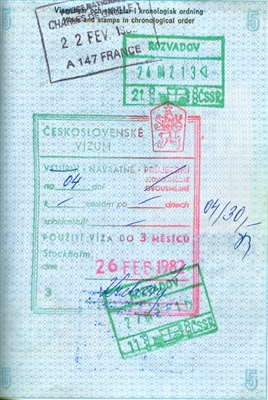 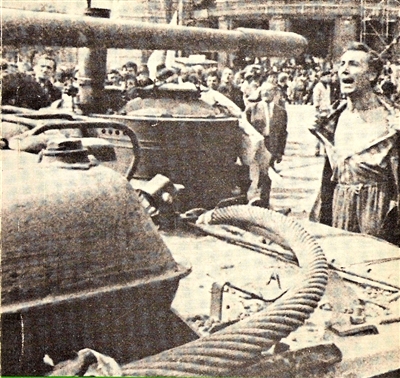