Pär Lindh One man trio and two men trio with excellent drummer David Lillkvist contains a spectacular piano show with Pärs own compositions as well as arrangements of famous Jazzpieces, Ragtime classics as well as arrangements of European Classical music.
All executed with an exciting virtuosic flavour.To the Pär Lindh Shows can be added:100 Years celebration of the drumkit! Pär telling the story of drums since the dawn of man in an entertaining way. As the different parts of the kit if beeing carried in on stage he talks, plays and sings! Ending off it all with a bigtime drumsolo in the style of the great Buddy Rich.Pär Lindh Show can also be made grander with backing musicians also involving classical Progressive rock pieces of famous bands from the past as well as a selection of instrumental PLP pieces.
The Pär Lindh Show is suitable from small venues to big music festivals.

Anecdotes and amusing stories from tours and concerts all over the world. 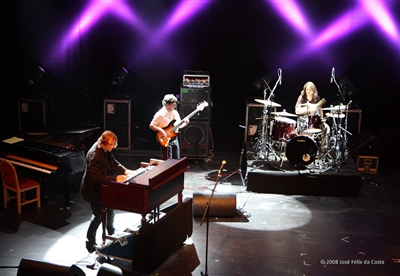 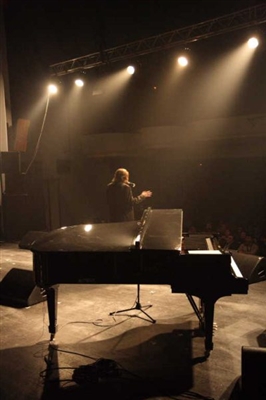 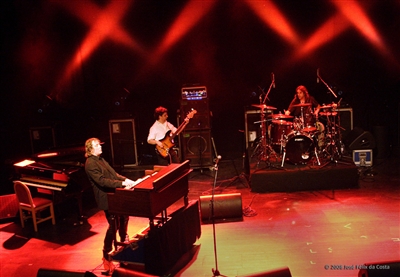 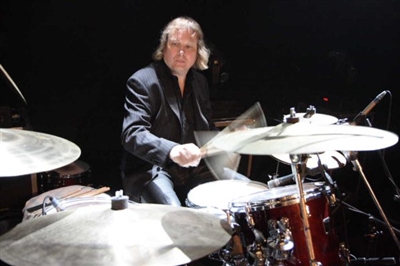 Pär Lindh has been given much credit for the renewed interest in symphonic and progressive rock on a worldvide basis the past twenty years. This due to the fact that he was the first chairman of as well as the main force behind forming the Swedish Art Rock Society Crimson in 1991 and also in organizing the first ever Progressive Rock festival that same year.

In 1993 USA followed suite with the Progfest-festival in Los Angeles where Pär Lindh performed as guestartist of Swedish legendary band Änglagård where he managed to draw the festivals first thunder of applause after his spectacular concertorgan solo five minutes into Änglagårds set.

In the wake of the success of these festivals many progressive rock festivals, progmagazines and progrock societies has since started around the globe.

Pär also started his band The Pär Lindh Project 1994 releasing progressive hit selling albums. Beeing the most successful new progressive band of the nineties PLP started a six year run of constant touring including headlining festivals in Europe as well as in both North and South America.

Pär had a long history in music where he´s had several different careers, namely as church organist, as a touring classical pianist, as a concert harpsichordist, as drummer, as Hammond organist, as jazz & ragtime entertainer and as Progressive rock virtuoso keyboardist.

In early years Pär started to entertain audiences with a mixture of classical music, jazz standards, ragtime pieces and his own compositions in several styles.
It is in this tradition of a both a serious music as well as a more vaudevillian flamboyant style The Pär Lindh Show becomes such a unique musical experience in the world today!

Pär Lindh is the Scandinavian king of the keyboards.
IO pages Netherlands

The greatest composer & artist to emerge in the nineties!
Metamusica Brazil

Pär Lindh, stole the equipment show by sitting in on the house concert organ. His sound added a new degree of boneshaking meaning to the phrase ¨Pedal Tones¨.
KEYBOARD MAGAZINE USA

Thank you for the beautiful concert at the Swedish Club in Paris which really was a feast.
Gustav von Platen former chiefeditor of Svenska Dagbladet Sweden 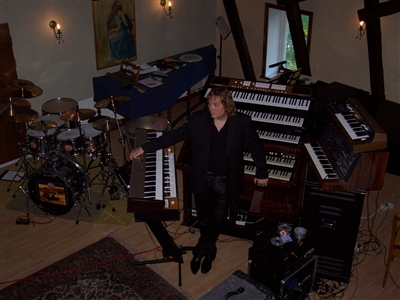 Pär Lindh in a relaxed mood during Time Mirror recordings 2010